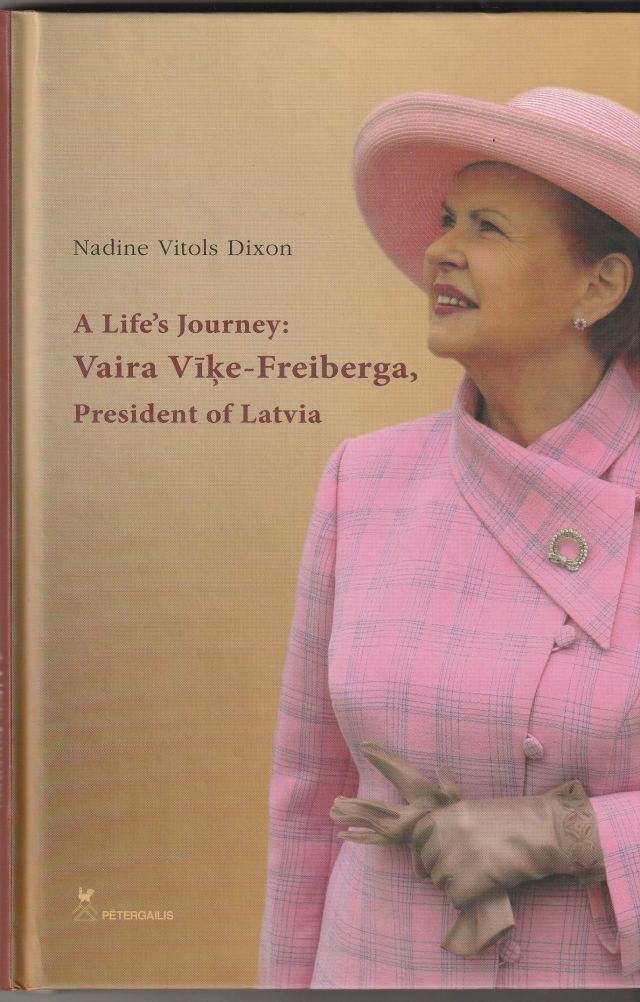 227pp. Photographs. Almost as new. Biography of Latvia's President, VVF. Includes bibliography and chronology. As a psychology professor, psycholinguist and Latvian folklorist VVF had already established an impressive reputation before her return to Latvia. After the failed Soviet coup against Mikhail Gorbachev in 1991, Latvia along with the two other Baltic nations, Lithuania and Estonia, saw an opportunity to break free and declared independence.Seven Years later, Vike - Freiberga returned to Latvia to head the Latvian Institute charged with raising the nations profile and within a year was elected president by the 100 - membered Latvia Parliament.She is the first woman to hold such a position in an Eastern or Central European state.