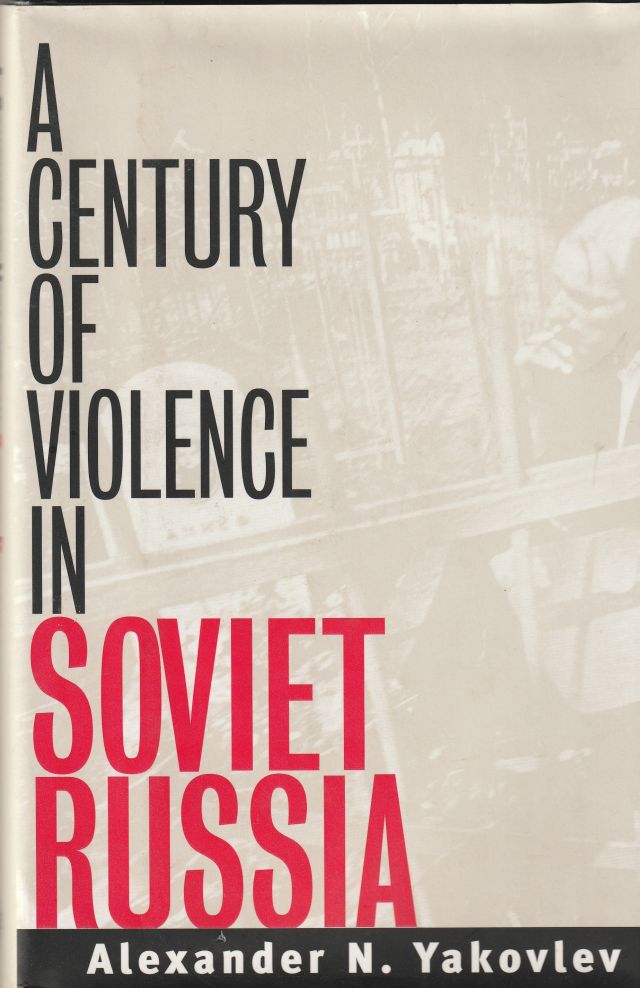 A Century of Violence in Soviet Russia

254 pp. A very good, clean, bright, tight copy. Alexander N. Yakovlev played a unique role in the transformation of the Soviet Union that led to its collapse in 1991. It was he who developed the concept of perestroika and persuaded Gorbachev to pursue it, despite the cataclysmic though deeply desired changes he knew would ensue.--- Indicting the Soviet system from its inception, Yakovlev focuses chapter by chapter on different groups of victims. In all, the author estimates that 60 million citizens were killed during the Soviet years and millions more died of starvation. His book brings into sharper focus than ever before the facts and events of the Soviet Union's legacy of terror." ( Publisher) "A profoundly moving and powefully documented indictment of Lenin's and Stalin's crimes" ( Zbigniew Brzezinski )

Title: A Century of Violence in Soviet Russia

A Century of Violence in Soviet Russia