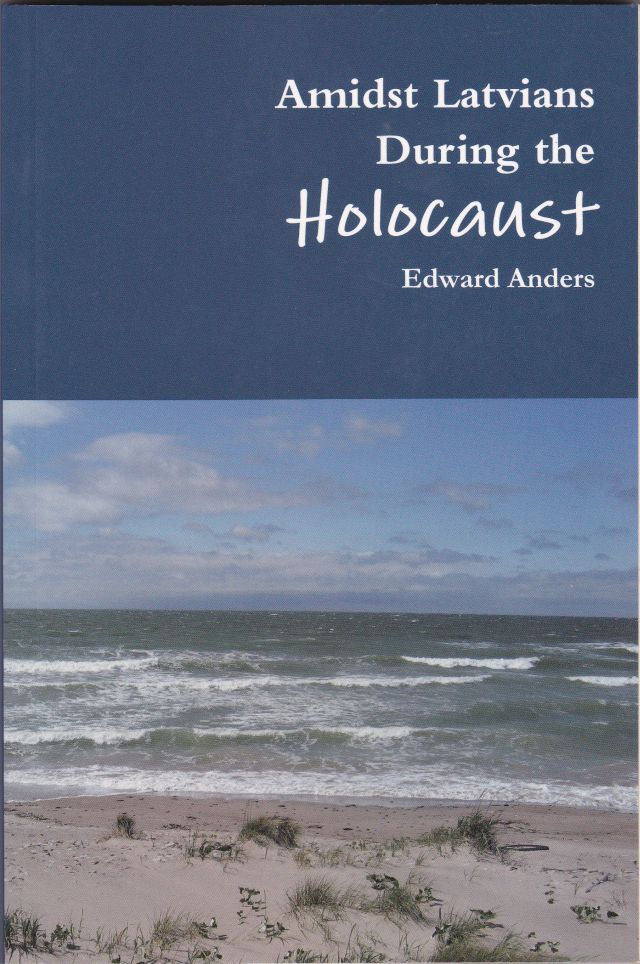 Amidst Latvians During The Holocaust

204pp. A very good, clean, bright, tight copy SIGNED and inscribed by the author. ;May Latvia havwe a bright....;. Not a print on demand copy. ;One of the best books of 2011;...A nerve-wracking saga in which life and death depend on a capricious fate...absorbing lucidity...vivid portraits...simple moral vision that resonates: ;I became immunized against prejudice;. A testament of remarkable clarity and humanity, wrung from dark experience.- KIRKUS REVIEWS. ;Surviving the Holocaust by a hair, Anders became a brilliant scientist. Part I is a memoir of his youth, including the Soviet and German occupations of Latvia. Part II discusses, with objectivity and precision, Latvian conduct during WWII. -ANDREW EZERGAILIS, Professor of History, Ithaca, NY. ***Anders survived by an outright lie (invented by his father) that his mother was a German foundling raised by a Jewish couple. His father was soon executed, but Edward and his mother bluffed their way through the nightmarish years of the German occupation (1941-1945). -MORRIS HALLE, Institute Professor of Linguistics, MIT, Cambridge, MA aa

Title: Amidst Latvians During The Holocaust

Amidst Latvians During The Holocaust