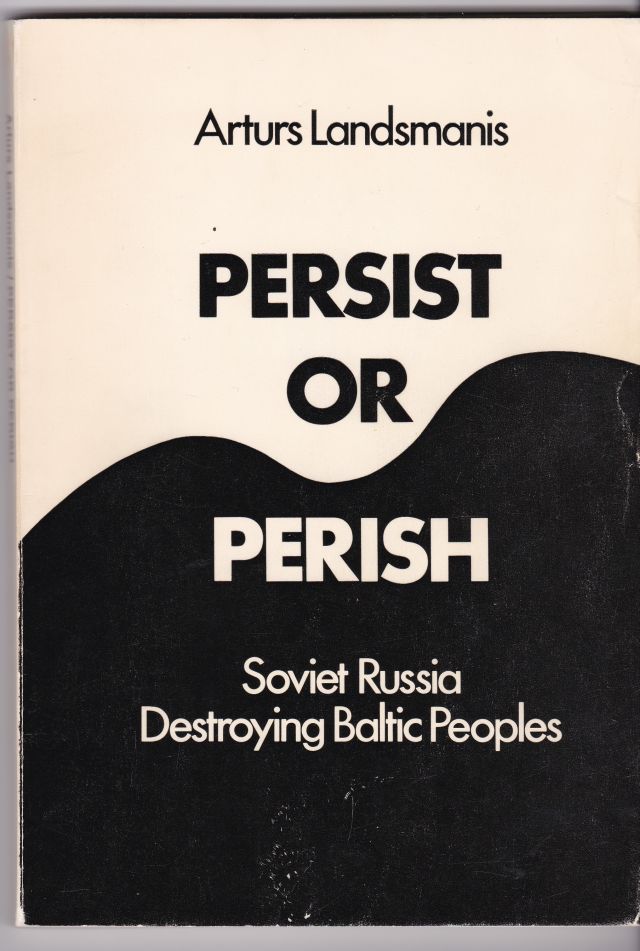 123pp. Some very light wear to cover and the first 35 pages bear very light "editorial" pencil underlinings of seemingly awkwardly translated phrases... these if desired, could be easily erased. Else a Good++ copy, bright and tight. "The purpose of our study is to outline demographical developments in the three Baltic countries since World War II. Evidence presented in it shows that there is every reason to describe the past three decades as the initial phase of the destruction and disintegration of the Baltic peoples, of their ethnic death. This statement is irrefutable in respect of Estonians and Latvians. The trend is not as clear as regards Lithuania. We are convinced that essentially the same process has begun in Lithuania, even if it has not reached the same stage as in Estonia and Latvia. The perishing of a people, its disappearance from the political scene, is a process of long duration. Speaking of the three Baltic peoples, it must be stressed that it is not yet too late to halt and reverse it. However, this requires political intent as well as systematic action by government and society. Yet it would be in vain to expect such policies from Moscow which still pursues a course that adversely affects the existence of non-Russian peoples." (Author)